Thank you for inviting me here today Molly.

My name is Margaret Tanner and I hail from Australia. I have three grown up sons and a gorgeous little grand-daughter. I write historical romance with Australian settings and have in the past won several awards. 2010 was particularly thrilling for me as Frontier Wife won 1st prize in the Historical romance Section of the Reader’s Favorite Awards in Las Vegas, and Wild Oats made it into the Finals for EPICON 2011.

Yes, I certainly have. I think all of my books have some facet of my life or experience and that of my relatives. As I write historical romance, I am heavily into the past, and who better to badger for information than elderly relatives, (of course, I mean that in the nicest way possible). I have also had access to family diaries, historical letters and childhood memories of happenings in my past to fall back on. 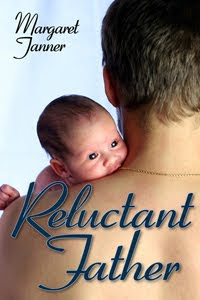 Of necessity I have done a lot of research. Nothing bugs me more than to read an historical and find inaccuracies in it, and I strive to not be guilty of that sin. I mostly set my stories in the same eras, either the 1st World War or 1860’s Australia, so I can use the research over and over again. My two novels set during the Vietnam War were easy, as the 1960’s was my era, and I remember it and the turbulent times well.

I would like them to get enjoyment, but also to learn that we owe a lot to our forebears. They came thousands of miles across the sea to start a new life in an untamed and often savage land. They fought nature and the tyranny of distance and won. I am Australian and write Australian stories, but your American Frontier history is very similar to ours.

Pantser. If I had to plot, I wouldn’t get anywhere. My stories always seem to take on a life of their own. That is the beauty of not plotting it. 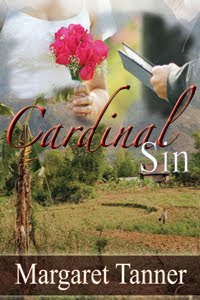 Pen and ink are a must. Forget the laptop. A few chocolate bars are helpful as well.

Currently, I enjoy reading Ginger Simpson and Cate Masters. I have just finished reading Caroline Clemmons book the Texan’s Irish Bride, which I loved. Years ago my favourite authors were Ethel Turner and Mary Grant Bruce, two Australian authors who wrote in the early 1900’s, and they were my inspiration, still are.

That I bite my nails.

Since it is January, what are your goals for the coming year?

Just to keep on writing, and hopefully make my fortune.

What is your favorite New Years’ Eve memory?

I went to a party one New Years Eve, in my younger days, and I met a really gorgeous guy, thought he was the one, but he ditched me just after the clock struck 12. I wonder if he thought I was going to turn into a pumpkin?

Is there something you really wanted for Christmas, but didn’t get?

Yes, a doll’s pram. Got the doll but not the pram, because my parents (um Santa) was struggling financially.

White beach, because there are so many great beaches here in Australia. 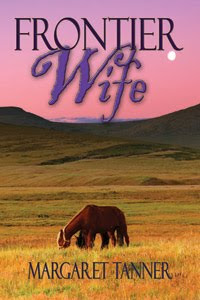 Only in the new world can a highborn young Englishwoman and a tough frontier man, ignite the passion that will fulfil their hopes and dreams in ways they never imagined possible.

Tommy Lindsay arrives in colonial Australia to claim the rundown farm she and her brothers have inherited.

Hidden behind her fragile English rose beauty, beats the heart of a courageous young woman. She will need all this strength to survive the unforgiving heat, and the dangers lurking around every corner. Lost in the bush, capture by a feral mountain family, raging bushfires are nothing, compared to the danger she faces if she gives her heart to Adam Munro.

Adam Munro scowled as he rode along. What an absolute waste of bloody time going down to see those lawyers in Melbourne. Henry Lindsay's stubbornness had been a thorn in his side for years. He wanted to buy the property back when the old man died. No one could call that unreasonable. I’d have offered them a fair price, damn it. To find out the relatives in England not only refused to sell, but wanted to settle here and start up a horse stud enraged him.

He cursed under his breath at the sheer insolence of those Lindsays. Imagine having the gall to take out an advertisement in the local paper and stick up notices in the general store? His lips curled contemptuously. He had ripped down every notice he saw. Warrior. What kind of name was that for a stallion? Probably some broken down old hack.

They would get no credit anywhere, he made sure of that. How dare they hog water he desperately needed for his stock to survive a prolonged drought. He would do everything necessary to scare off those wretched interlopers.

I’m not prepared to stand by and let any animal suffer while Henry Lindsay’s relatives play at being farmers. If they get in my way I'll trample them into the dust. His hands clenched on the reins.

Soon he would be home. He hated the hustle and bustle of the city. A week down there proved more than enough for him. Of course, he combined business with pleasure. Just thinking about the women whose company he had enjoyed caused him to grin. Good to be coming home, though. If only he could get rid of those wretched Lindsays, it would enable him to focus all his attention on the other problem plaguing him.

He needed a wife capable of bearing him two or three healthy sons. At thirty-five he did not want to leave it much longer. Unfortunately, he didn’t have many choices.

Fiona McKenzie was an only child whose father's property connected with his on one boundary. Old Dan wanted a match. With both properties joined together they would have more than sixty thousand acres. Could a timid, mousy little thing like her give him the strong healthy sons he craved? Hadn't he heard somewhere she suffered from a chest weakness? A pity, with all those acres involved, but a delicate wife would never do.

The only other candidate was Sophia Bothroyd. A bit on the petulant side, but attractive enough to appeal to his manhood. She looked strong and healthy, and with young Bothroyd dead, was sole heir to her father's property. Twenty thousand acres only a few miles away proved a tempting proposition. Yes, he would start courting her in earnest now. Sophia would make him a suitable wife.

“What the…” His horse reared as a black dog bounded out of the bush. With a muffled curse he steadied the horse. Old man Lindsay's mongrel, bloody menace, someone should have put a bullet in him years ago.

“Touser, Touser. Wait for me, Touser.” A small boy hurtled out of the bush and skidded to a halt in front of the horse. He wrapped his arms around the dog's neck and received a lick from the animal's pink tongue.

“Did my dog frighten you, mister? He doesn't bite unless he doesn't like you, then he might tear you to bits.”

Adam grinned. The child spoke with an English accent. His skin was fair, his sky blue eyes alive with excitement, and his hair gleamed like ripe wheat in the sun.

“What's your name, boy?” He did not bother dismounting, although he kept the horse steady.

“Jamie. I'm setting a trap for Adam Munro. Touser’s going to help me attack him.”

“You want to attack Adam Munro? Why?” What the hell was going on here? He gave a snort of annoyance.

“I hate him. Tommy says he's a land hungry old des, des, something.”

“Despot.” Fury raged through him like a rampaging bull. “So, Tommy thinks Adam Munro is a land hungry old despot?”

Posted by Molly Daniels at 4:03 AM

Congrats on all your success, Margaret! :)

Hi Molly,
Thank you so much for inviting me here.

Hi Amber,
Thank you so much for dropping by, I really appreciate it.

Nice to see another Wild Rose over here. Congratulations on your awards, and good luck with that fortune this year.

I'm honored to be someone Margaret enjoys reading.The feeling is mutual; I love her style. I was so happy when Frontier Wife received recognition because I truly, truly enjoyed experiencing the frontier from Tommy's POV. It was a very emotional story, SHOWN and not told. Thanks, Molly, for hosting my Aussie friend. When I win the lottery, I'm going to Australia to meet her. *lol*

Hi Liz and Liz,
Thank you so much for dropping by I really appreciate all the support I receive from my fellow TWRP authors. You are terrific.

Hi Liz and Liz,
Thank you so much for dropping by I really appreciate all the support I receive from my fellow TWRP authors. You are terrific.

Hi Ginger,
Thanks for dropping by and for your lovely words, you are too kind. My accomplishments pale into insignificance when compared with yours.

Thanks for being with me this week Margaret:)

Hi Molly,
It's me that should be thanking you for inviting me to this great blog.

Nice to hear that you are also one of Ginger's many fans.

Desitheblonde,
Thank you for dropping by. I appreciate it.