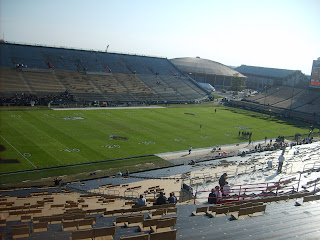 Son K and I were given the opportunity to attend the Purdue-Michigan State football game on Saturday. We arrived in our seats at Ross-Ade Stadium around 11 am; you can see Mackey Arena's round dome in the background, as well as the Neil Armstron building. Hopefully K will be attending here next year, and most of his classes will be in the Armstrong building. 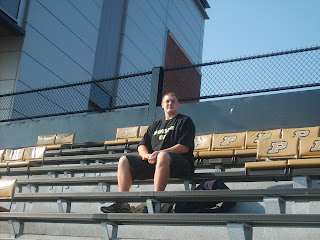 Our seats were Section H, row 69, seats 113 and 114. NOT in the padded seats; we were sort of hoping those ticket holders would fail to show and we could sit in comfort??? 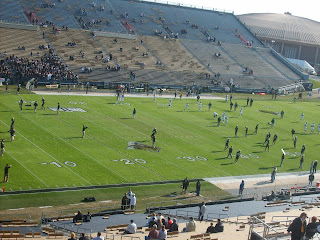 11:30 am: Both teams doing pregame warm up. The fans are beginning to arrive. 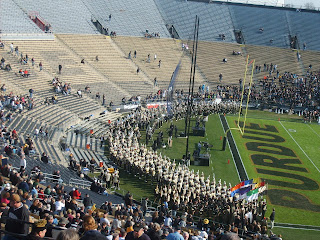 The Purdue All American Marching Band has arrived:) 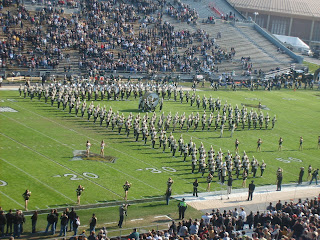 After high school, a few of my friends were once in this band; this is for any Purdue alumni who might be reading 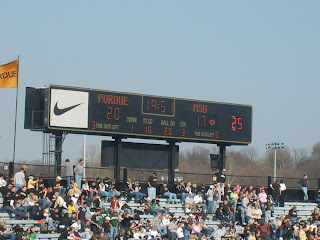 Proof Purdue was winning at the half:) 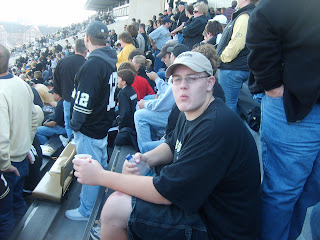 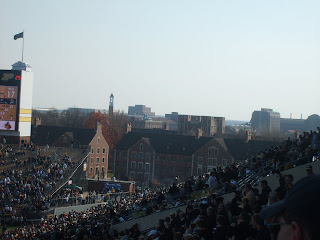 Purdue skyline from out seats 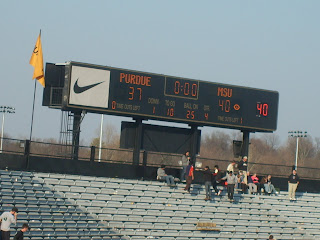 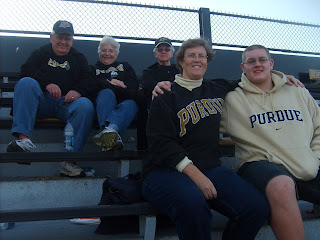 Myself, K and the Schroeders, who were amazed to find 'strange people' sitting in front of them, instead of their 'normal weekend people':) We enjoyed their friendliness throughout the game. 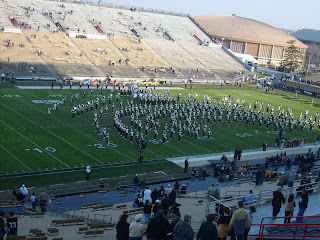 Monday Mania
Woke up late; discovered the Colts managed to beat the Patriots after all, 35-34 (I think!) Being the superstitious sports fan, my Colts were down by 10 as I continued to watch, so I opted to take the kindergardener to bed and read him a story.
This morning, Roxie the cocker spaniel is acting listless; she began favoring her right front paw yesterday, and in the late afternoon was not acting 'right'. We're taking her to the vet at 2:30 to see what, if anything, is wrong. She didn't jump up to greet us at the door; she just lays under the kitchen table and only lifts her head when you speak to her. This is not the active dog who left here Friday night with S and returned yesterday morning!
Other than a vet run, it's been a typical Monday. Laundry, catching up on email, and a grocery run.
Found out I did not get invited to join the Examiner family, but thank you Tracy for the referral! Maybe next time.
I'm off to do a quick word count and get Roxie ready for her check up. Have a good day:)

Posted by Molly Daniels at 7:56 AM

Update: Doggy Arthritis! He gave her a shot and a pill a day for the next week. She's already more active and obviously feeling MUCH better:)

Thanks for the well wishes!