Thank you for the welcome. I’m Jannine Corti Petska: author, dog lover, grandchildren babysitter, and so much more. I wear many hats, but the most creative hat is writing. To that end, I will have two releases soon, hopefully in the first two months of 2011. I haven’t been given release dates yet.

I’ll have a historical western romance, Love’s Sweet Wager, set along the California Trail. The other is a re-release of Charlotte and the Gypsy, book two of my medieval psychic sisters trilogy 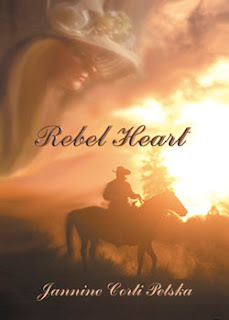 I’ve never had one scare me. I’ve had two that were downright eerie. One was Rebel Heart, a historical western set in Santa Fe, New Mexico. The other was a medieval set in Florence, Italy. I had written about certain aspects of these two towns, including building locations and life, but I hadn’t researched them yet. Sometimes, when I have an idea for beginning a story, I’ll just write and fill in the historical accuracies later on. When I finally researched these towns, those “aspects” were indeed there in the stories’ time period. I had no way of knowing that. I have never been to either town, so it was a very strong sense of being. There was such a familiarity about them. It hasn’t happened in any other books I’ve written.

I finally did get to Santa Fe years later, and that same eeriness overcame me. Everywhere I stood, I knew I had been there before. It wasn’t from the research I had done. It was on a more personal level--spiritual.

I haven’t in my historicals. I did co-write a book set in 1970 that was based on an instance in my life. When I was 18, I visited relatives in Rome. The plane I was supposed to get on the next day to return to the states was blown up on the tarmac. It was the time of knee-cappings, kidnappings and the Red Brigades making themselves known in Italy. This book, Foreign Exchange, is no longer available.

Normally, I research before I begin to write, unless the story is begging to get out. Then I’ll write to wherever it takes me—be it one chapter or half a book—and research afterward. But I do research the heck out of the time period, area and customs for a book. Actually, I over-research, which isn’t all bad or time-wasting. I’ve found bits of info that opened up other possibilities in my stories.

Many of my books have a theme. I’ve addressed alcoholism, physical abuse, and other dark subjects. LOL, you can learn how to sheer sheep in Rebel Heart. What I really want is for readers to feel the romance and emotional pain my hero and heroine experience. If at the end of my books the readers have a big smile and a sense of going through the characters’ lives with them, then I’ve accomplished my reason for writing.

Pantser all the way. I will sometimes plot the last few chapters of the book so I can see how it’s going to end and how I’m going to tie up loose ends. I tried to plot a complete book before, and the final product wasn’t anything like the plot outline. I also felt my creativity was stifled.

The stories that took on a life of their own would have to be Rebel Heart and The Lily and the Falcon, an Italian medieval. The feeling of déjà vu made writing those stories much easier.

I’ve been writing since the early 80s, but I didn’t get serious about being published until the mid-90s when I joined RWA National and a local RWA chapter. I sold my first book to Kensington in 1999.

What would I tell myself? That’s a great question. Looking back, I wrote with more vigor in my twenties and early thirties than I have in the last 20 years. I think I wouldn’t tell myself anything in particular, other than learn the craft of writing. There wasn’t the widespread knowledge afforded us through the internet back then. Certainly nothing like today. You might say I’ve been honing my craft for 30 years. 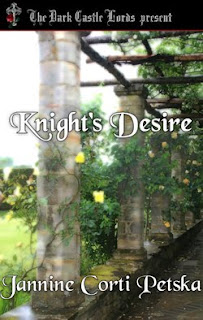 I started out writing an entire book in longhand. I probably wrote at least a dozen books using pen and paper. When I got comfortable with the computer, I switched and used it to write the first draft. No more writing the story by hand, then typing it into the computer. So it cuts time by eliminating a step.

I will use pen and paper a few times when writing a book. If I get stuck on a scene, or the beginning of a new chapter, for whatever reason I hit a roadblock, I write longhand. Sometimes it takes just one sentence or a paragraph, or a page or two to get me unstuck.

My ‘must-haves’ are my dictionary/Thesaurus and a pot of brewing coffee. I don’t need the caffeine because I stay away from it as best I can. It’s the smell of brewing coffee that wakes me up. Other than having a computer, these are the basics I need.

My two favorites going way back in time were Kathleen Woodiwiss and Johanna Lindsey. I have all their books. I also read other authors, but those two ladies had the biggest influence on my writing. I loved Woodiwiss’ flowery writing style and Lindsey’s witty dialogue. Shanna is the book that made me realize I had ideas and could write a story, too. To this day I love writing dialogue. I have Johanna Lindsey to thank for that.

One summer, I attended a high school class for drama and was in Guys and Dolls. I couldn’t sing, couldn’t act. But hey, I could lip-sync. And I could dance. 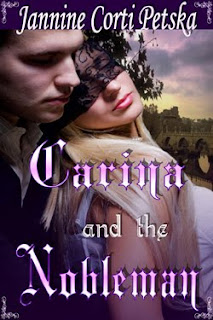 Every Christmas was memorable when I was growing up. I had a large Italian family which is an experience in itself. My oldest sister had six boys! And with the extended family, there were at least 30 people at the table. My mother used her dining room table, kitchen table and a Ping-Pong table to seat everyone. We were so loud.

Have you written any Christmas-themed stories or woven the holiday into any of your books?

No I haven’t written a Christmas-themed book yet. It’s my absolute favorite holiday! I have ideas for a few stories, but I never seem to have the time to write them. It will be awhile before I do get to them. First I have to write book three of my trilogy and books three and four of my Italian medieval series. One of these days…

I don’t have a “best” gift. I’d rather give than receive. But I have had some wonderful gifts over the years. To me, the best is knowing that my children and grandchildren are happy and safe. That’s one of God’s gifts I don’t take for granted.

Thank you for having me as your guest.

My books can be found at Barnes & Noble and Amazon. The buy links are on my website: www.jcortipetska.com. 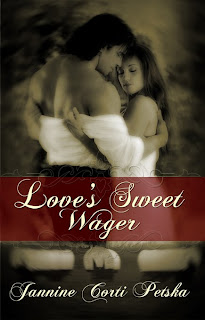 She escapes a life of uncertainty......

After her gambler father is murdered during a card game, Rachel Garrett joins a wagon train west to be with her aunt and the fiancé she's never met. All she wants is to forget her life of performing on stage to earn the money her father had gambled away. But along the trail, she is helplessly drawn to a priest—forbidden fruit—and her faith is shattered.

He's running from a murder he did not commit.....

With his life at stake, Reno Hunter joins a wagon train west disguised as a priest. He is shocked to find aboard the woman he won when her father, the same man Reno is accused of killing, wagered her in that fateful card game. Can he protect his identity long enough to clear his name, or will he give in to his desire for the woman and risk being apprehended by the law?

“Are you dancing in Fort Laramie tonight?”

Her body stiffened with insolence. “I don’t see it’s any of your concern.”

“Dancing in saloons isn’t proper for a woman.” Neither was his stealing kisses or stoking the flames of their passionate nature. “What will your fiancé say?”

“He’ll never learn about my dancing.”

“Lying isn’t a good start to a marriage.”

“My fiancé and my life do not concern you. If I want to dance, I will and you can’t stop me.”

“Dancing half naked in front of men who seldom see women is foolish and dangerous.”

“Is that a fact,” Reno drawled. “Just like you held off mine?” He caught her wrist in midair and yanked her hard to his body, her whoosh of breath striking his face. “If the spoken truth offends you, I’m sorry. But you did nothing to suggest you didn’t want me to kiss and caress you. On the contrary, Miss Rachel Garrett, your body begged me to finish what we started.”

Posted by Molly Daniels at 4:27 AM

Wonderful interview, Jannine! It was good seeing the cover of Carina & The Nobleman again, very sensual.

Nice post, Jannine. I'm not sure I saw that cover before, but it's a beauty!

Nice interview, Jannine. You've already had more people here than I just had at my live chat for EP. Best of luck with your new releases.

Good luck with the new releases!

Thank you all for reading the interview. I wasn't expecting to see all my covers up, too. It was a pleasant surprise.

Great excerpt, Jannine! Loved the interview as well. The part about eerie coincidences with your writing and research gave me goosebumps. Isn't it amazing when something happens like that? When you write something into your books and then through later research find similarities in reality? I've always wondered about that - past lives, connections to the past through lineage/DNA. Makes you wonder. :)

Your covers are gorgeous, Jannine and the excerpt was wonderful. I'm really looking forward to discovering your books.

Thanks for being with me today Jannine:) Your books sound amazing! And I agree; the covers are beautiful! Kudos to your cover artist:)

Thanks for having me, Molly. It was an enjoyable experience.