June 2005:
Ariel and Jaevon, our honorary grandkids, were spending more time with us, which included a trip to the China Buffet after church on Sunday.  Since they mostly ate the chicken on a stick, lo mein, and the fried biscuits, Miss A began asking, 'Can we get chicken and doughnuts, Uncle Dan?'

At first we didn't understand what she was talking about, but after putting it together, the name stuck!

The older kids spent a week at Grandma's for VBS, so I only had the three younger ones for a week.  No one was playing baseball, to my relief.

*********
Present Day:
I'm trying to finish SaLie's story and get it submitted by next week.  Shana entered my head late last night and told me about her main conflict....yikes!  Five more days, Shana, and the brain's all yours, ha ha! 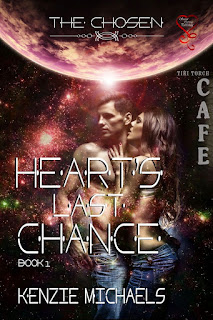 You can thank NaNoWriMo for this one.  Since I won last year, they sent me a code for two free copies:)  I added the first chapter of NiKoh's Chosen to the end, and my wonderful publisher graciously uploaded it to the site:)  My copies arrived yesterday, so I'll start ordering more for my upcoming events.

Health:
Saw the ENT dr, who confirmed I still had fluid in my ear canal.  I'm to blow air into my eustation tubes ten times a day and return at the end of August.  If the fluid hasn't dried out, then I get another blue tube in my ear.  Fun, fun....and no, they will NOT put me under!  Since this isn't my first party, I told him to have someone else in the room and to clamp my head still.  Because this adult CAN'T hold still!

"The dentist put me under for a 30 second tooth extraction; why can't you do the same?"

"There are health risks....it's more expensive....normally adults can hold still."

He just smiled, handed me my departure info, and left the room.

Tomorrow's Karaoke Songs:
I Will Follow Him-Peggy March
Bed of Roses-Bon Jovi
I Will Remember You-Sarah McLachlan
I Will Survive-Gloria Gaynor

House Hunting:
Looked at four houses on Monday, and only one was a possibility, but I'm not crazy about the school system.  So we keep looking.....

Have a great weekend!

Posted by Molly Daniels at 6:47 AM