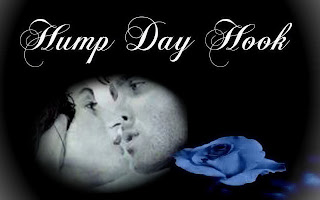 Having a hard time getting moving this morning, so this will be short and sweet:)

This is from book #7, Love Weighs In, and I'm currently self-editing it in order to submit it by the end of the month.  Since it's cold outside, how about a taste of summer?

When her turn came, she executed a perfect dive into the clear blue water and felt her body temperature drop from the icy shock.  She surfaced and swam to the ladder, slicking her hair out of her eyes.
“Hey Suze!  That was a good one,” called a friendly voice.
Susan looked up in surprise.  The lifeguard was a young man who had been in her class two years before, and whom Susan had greatly admired during their senior year.
“Thanks, John.”  I’m amazed he remembers me!
“I’m serious.  You’ve been practicing.”  He twirled his silver whistle.
Susan climbed up the ladder, conscience of the fact he could see right down her suit.  She crossed her arms and rubbed her elbows, trying to think of something to say and hating the awkwardness.  “I sort of have been.  How’s your summer going?”
John Hamilton flashed his brilliant white teeth at her as his gaze traveled from her face to her hips.  “It’s been okay, and now that I know you come to this pool, I think I’ll fill in more often.  You’ve filled out nicely, Susie Q.  Quite a difference from sophomore swim class.”
Posted by Molly Daniels at 6:12 AM

It's going to be a hot summer, I think!

Hehe...summer is definitely going to be nice and hot!! Great hook.

On this nasty cold snowy day, you offering warmed me up.

Great hook...I feel like it's going to be a hot summer!

Why I believe he's flirting with her. Great hook!

I enjoyed the hook. It definitely had the summer atmosphere.

Gotta love a Susie Q. So nice to get a breath of summer. Great hook!

He noticed her years ago, love that!

Nice hook, can't wait to see what these two jump into next.

Susie Q better watch out - with those brilliant white teeth, I bet he bites! ;)

Nice touch with the hot summer scene. It's 30 below zero here and I could use a little warming up :)