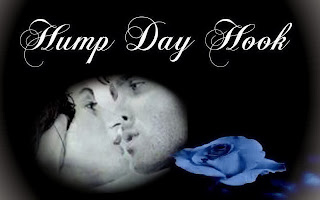 I know; technically this is over.  But everyone is giving me wonderful feedback on that infidelity story.

Story Thus Far:
Brian and Randi meet at a party and have an instant attraction, but she's dating his best friend John.  Now it's a year later; Randi is now dating someone else, but has come to see John and brought a friend with her.  The friend has accompanied John down to the basement to iron his jacket, leaving Randi and Brian in the kitchen alone.


Brian moved to the cabinet and withdrew a glass.  “Want something to drink?” he asked.  “If we’re not going out, then I’m having a Bloody Mary.”

“Thanks.”  Brian was amused by the way she naturally slipped back into her role as hostess.  “You know, Randi, it’s puzzling.”  He poured in a shot of vodka, then added the tomato juice.

“You’re one of the best looking, smartest girls that John’s ever dated, and yet you let him go down there with another girl.”  Might as well grab the bull by the horns...what the hell...

“I have no ties to him anymore,” she stated.  “Can I help it if they find each other attractive?”  You think I’m good looking?

“Well, you dated him.  Doesn’t it feel weird to see him with a friend of yours?”

“Not really.  I don’t feel anything for him anymore.”  Now you, it’s a different story...

Brian paused, and added some tobasco sauce, then reached in the refrigerator for a slice of celery.  “And there you have it, my dear...the perfect Bloody Mary!”  Oh shit...did I just call her ‘dear’???

“So you’ve only been dating, what’s his name?  Rick?  For how long?” he said conversationally as he leaned against the sink and sipped his drink.

“I’ve actually known him for several months,” she swallowed.  “And he asked me to come down to see him this weekend.”

“I see.  And did you know Rhonda before, also?”

“Yes.  I...knew her through the dormitory.  And she has her room and Rick has his.”  Why am I telling him this?  It’s none of his damn business!

“And you’re not suspicious?”  His penetrating eyes unnerved her.

She looked up at him.  “I’ve met her...lover,” she said softly.  “He and Rick used to be roommates last year.”

“Does he live there too?”

He shifted so that she wouldn’t see the swollen bulge in his pants.  Damnit, why does this have to happen now?  I can’t get it up when I’m with anyone, but the minute she turns those eyes on me, I’m so hard I can’t stand it... “I just can’t figure why you bothered to come see John,” he said softly.  “You could have called him.”

“I did...and his mom said you two would be back shortly.”  She bit her lip and looked away.  Will he pick up on the fact I wanted to see him as well?
Posted by Molly Daniels at 3:30 AM

Thanks for sharing. I think waiting is hard but it makes things you want that much more important!

Randi better head for the basement...unless she has a different man in mind. Sure sounds like it!

He is going to pick that up. He seems intuitive about all the thing she says.
And you need that head-hopping, it's brilliant.