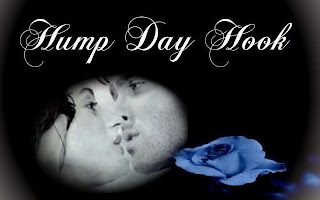 More of the Brian and Randi story.  In Pt. 1, Flirtation, which you've read snippets of the past few weeks, Brian and Randi meet and try to deny their attraction, since Randi first dates B's best friend John.  A year goes by; Randi and John break up, but she then dates a man named Rick, but goes to see John anyway.  After confessing to B she's breaking up with Rick, they finally share a kiss and make love.  But Life gets in the way and they go their separate ways. In Pt 2 Desire.  Two years have passed, and suddenly John calls Randi to be with him when his mother passes.  Randi goes to be with him and receives a shock; Brian has married.  Another two years go by; Randi herself marries, has a child, then finds herself widowed.  She and John remained friends, and suddenly John invites her to go with him to a birthday party for Brian's two year old son, since his current girlfriend and Brian can't stand each other.  Randi worries about it, but agrees, and Brian is thrilled to see her.  During the party, he finds a way to get her alone and and drops a bomb.


“I’m going to be honest with you, Randi.  I can’t talk to anyone about this, because it’s such a damn mess.  What you’re witnessing is a fucking farce.  A fucking figment of Denise’s imagination!”  He leaned his head back against the oak tree and closed his eyes.  “My wife and I have pretty much drifted apart.  She has her work at the hospital, and when she does get home, she’s tired and just wants to eat, shower, and sleep.”
“Who takes care of Mark?” she wondered.  “If you’re on the road and she’s too tired..”
“I take him to the sitter’s before I go to work, and she picks him up when she gets home.  On her days off and weekends, then she does the Mommy thing.”  He opened his eyes and sighed, absently picking up a blade of grass and twirling it in his fingers.
“That’s too bad,” she replied.  “I love being able to stay home with Sam.  My hours are flexible enough that as long as I get my work finished, it doesn’t matter if I work while he’s napping, playing with the neighbor’s, or late at night after he’s gone to bed.  Sure, it gets crazy at times, especially if he’s sick, or I have to meet a particular deadline, but his one day at school gives me the chance to get out without him for a while, even if I do have to check in at the office.”
“That’s good.”  He flashed her a smile.  “Part of Denise’s problem is that in my line of work, I’m gone for long hours of the day, and she doesn’t understand.  To her, I’m just driving all over the state, being sociable.  She doesn’t understand the stress I feel sometimes, and I wish I didn’t have to be on the road so often.  But that’s what happens when your the new VP on the block.  In a couple of years, when I’ll have more seniority, then I can delegate more, and have people under me to do the traveling.  She sees the money, but not the actual amount of work I do every day.”
“Where does your territory extend?” she asked.  “Do you ever make it up to where I live?”
“Actually, I’ve been so tempted to call you...I’m generally about ten minutes from you once a week,” he admitted.  “John told me your address last year, when I started going up there.”


“Brian Washington!  You’ve been around the corner from me all this time and you’ve never stopped in to say hello?” she gasped, then laughed.  “No, I guess it wouldn’t have been a good idea,” she said, sobering.  She gazed over the water, watching the tiny drops of sunlight dance in the air.  Why is he telling me this now?  What’s he saying?

Sounds like a typical marriage. So many people drift apart when the focus on the daily parts of life and forget to really live.

I read party 2 before part 1, so typical.
Now I'm wondering if he is just trying to use her to get out of his marriage boredom.