I've been a bad blogger this month, with helping the parents, a book signing, a conference, and the nice weather!  This week we managed to empty the side room of our brown house, scrape up the decaying carpet, and start unloading our storage unit.  So far, we've hauled 4 truckloads of boxes, full of memories.  I've only glanced through a few; I'll get around to actually emptying them on the rainy days, or when we're finished, or just whenever I decide IT'S TIME.

So with that, here's my Flashback Catch Up.

April 1988:
I went down to spend the weekend with DB, and got sick.  Ended up scaring my parents and EY, since they didn't know where I was.  When I got home, the riot act was read; apparently during Spring Break, I'd spent so much time on the phone, I'd racked up a $500 phone bill, which my father expected me to repay.

I'd applied for a job at the Anderson Country Club, and they finally called me in for an interview, and hired me.  For the most part, I enjoyed it; at first, I only worked banquets, and was able to meet Johnny Parsons Jr at the first one.  Two days later, I trained in the Porch area, our Casual Dining, and got to meet the golfers, whom I'd get to know by their drinks, much later that year.  Still, it was a paycheck, and I sent home money every week, to start chipping away at that phone bill.

Decided to attend both summer sessions, so I could graduate the following year.  Since DB lived in Anderson, this meant I'd get to see him whenever I wasn't in school or working.

1998:
March:
K received a flyer to play Little League baseball, so we signed him up:)  Practice would start the next month.  Tax refund arrived.

April:
Baseball practice began, and it was a cold, rainy month whenever our practices were scheduled.  Met more people from the town of Eminence, and got to know CO and her hubby better.

2008:
Enjoyed my signings at VU and Purdue, and was even able to spend two hours with T, who was seeing a girl from E'ville.  She texted him while I was there, and I joked about letting him know his 'call girl' had arrived.  With a smile, he tapped his phone and put it away.

"That ought to keep her quiet for a while."

He refused to tell me what he typed!  But we had a good visit, catching up and reminiscing before I had to get home.

Also, Books 1-6 of Arbor U are now in PRINT!!!!  Whoo hoo!  Showed them off at the Independent Author's Fair two weeks ago.
Posted by Molly Daniels at 10:02 AM No comments:

March was a strange month; I was only around the first two weeks, then returned for the weekend!
Update On Dad:
Thought his lifting restriction was going to be the same as his driving restriction, 1 week.  Nope; he's not allowed to lift anything heavier than 10 lbs for a month!  So my time at home again this month will only be the last two weeks!

So How Did I Do On March's Goals?
Lose the 5 pounds I put on last month (241)  Nope; put on 1 lb.  Grrrrr......
Buy copies of Teacher's Pet and Winning Her Heart (need 5 more copies of each) Check:)
Write Ch. 6 of Heart Song  Nope
Finish paying Val $25 Check:)
Pay Cynthia for AU covers ($60) Check:)
Watch SE7 Game of Thrones Nope; too busy
Watch SE2 Stranger Things on NetFlix Nope; too busy
Be helpful when Dad has his knee surgery on the 14th  Check:)
Spend an enjoyable day in Nashville, TN at Weekend with Authors  Check:)
Spend an enjoyable day at WanderLust Indy  Check:)
Convince family to pay for 2019 trip to Washington DC Maybe???
Figure out what to do for Holy Week/Easter. Check:)

The Party-Robyn Harding  Excellent!  DRR
Fiction Sample-Alianne Donnelly  DNF.....moved it down the stack to try again next month or so.
Change of Heart-Jodi Picoult Turns out I've already read this, but enjoyed the re-read:)
Starwalker-P. Jameson  Very good!  Left me hanging....who is Helix D??? I'm suspecting Ulna....

Karaoke Songs:
Thurs:
Who Knew-Pink (re-sing)  Used wrong mic, but nailed it!
My Guy-Mary Wells Did well:)
Who Says You Can't Go Home-Bon Jovi  Nailed it:)
Blaze of Glory-Bon Jovi  Did well until the ending....note to self:  Practice former songs!!!

*was only able to sing two songs each week; was gone the 1st two weeks of the month.*

Photograph-Ed Sheerhan Not transferred to new system yet, surprisingly!  Will attempt next month.
Photograph-Def Leopard  Surprisingly, I did NOT clear the bar with this!  Managed to warble my way through it.
Photograph-Nickleback  Nailed it:)
Photograph-Ringo Starr DNH
Philidelphia Freedom-Elton John 1st time:  Flubbed a few lines and camera batteries died. 2nd time:  Nailed it:)
Physical-Olivia Newton-John  Did okay on it; think I was in the wrong key.

Posted by Molly Daniels at 3:30 AM No comments: 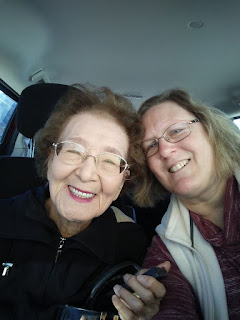 
Posted by Molly Daniels at 3:30 AM No comments: