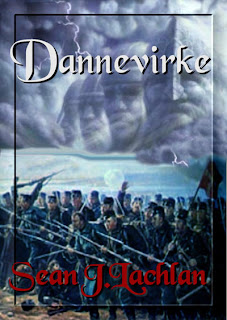 Welcome! Please introduce yourself and tell us about your latest release.
Hi! I’m Sean McLachlan, best known as a history author, as well as a travel blogger for Gadling.com. I also write fantasy and horror under the pen name Sean J. Lachlan. For history, my latest release is American Civil War Guerrilla Tactics (Osprey, 2009). For travel, it’s a pair of series for Gadling on my two-month journey through Ethiopia and Somaliland. In the fiction department, Damnation Books recently released my historical horror Dannevirke. As far as I know it’s the only horror fiction ever set in the Dano-Prussian War.

Have you ever had an idea for a story which scared you after you began writing it?
Not really. I read the news too much and the real world is a whole lot scarier.

Have you incorporated actual events from your own life into your books?
My travel writing has a lot of me in it, of course, my fiction less so. Inevitably any fictional work is going to stem from the way the author sees the world. I suppose it’s no coincidence that the novel I wrote after becoming a father had a protagonist who was a father. He’s also a racist bastard so hopefully he’s not all me.
How much research do you do? Do you research first and then write, or do you write first, then research as needed?
I do a lot of research before I write. With nonfiction it’s impossible to start without it. Since much of my fiction is historical and I’m a trained historian, I feel the need to research like crazy before I write. In fact, much of my inspiration comes from reading old newspapers, letters, and secondary sources like academic articles and books. A writer needs to know when to set these aside, though, and get on with the story. My latest novel, A Fine Likeness, is set in Civil War Missouri. It was a finalist in the Fresh Blood contest but got nudged out by popular vote. I was out of touch in Africa at the time and couldn’t garner enough online support! Ah well, the hazards of adventure travel. This novel came pre-researched because I had written three books on Missouri history as well as one on the Civil War. 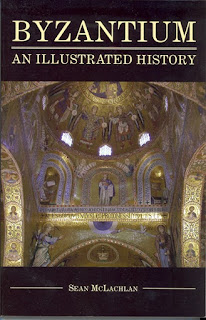 Is there any message you want readers to take from reading your work?
From my travel writing I’d like them to take the single most important thing I’ve learned—that anywhere you go most people are good. Anywhere. Many people say that and some even believe it, but I know it to be true. I’ve had it proven to me time and again in places like Iran, Somaliland, Bolivia, and India. It’s a fun, friendly world out there, even though a violent minority tries their best to ruin it for the rest of us. This truth seeps into my fiction as well.

Are you a plotter or a pantser? And have you ever had a story take on a life of its own?
All my stories take on a life of their own whether I plot them or pants them. I’ve written three novels, a couple of novellas, and a dozen or so short stories. I’ve plotted about half of them and winged the others. I’ve yet to settle on a real method. I think different moods and stories and phases in a writer’s career require different techniques and no writer should get too stuck in one methodology.

How long did it take for you to be published?
I started in journalism so I had that instant gratification of daily publication. Journalism and I weren’t a good fit, though, due to my wanting to do more feature-length work, plus the systemic corruption of mass media in the U.S. turned me off. My first book proposal was about my time spent working for the New Delhi bureau of Reuters covering Kumbh Mela, a massive Hindu pilgrimage that attracted 12 million people. I landed an agent for that, and she sent it around to more than a dozen major houses, but it never got picked up. That was disappointing. Shortly after that I coauthored an update for a guidebook to Phoenix, and that same year got a contract with Hippocrene Books to write Byzantium: An Illustrated History. So my road to nonfiction publication was rather quick, although there have been bumps along the way.

Fiction is much harder to get published. Many more people are doing it and the market is actually smaller than nonfiction, although fiction gets a lot more ballyhoo. I’ve been a freelancer for ten years and have published eight nonfiction books with two more on the way, along with hundreds of articles and paid blog posts, but in all that time I’ve only managed to sell two short stories and two novellas. Persistence pays in this business, though, so I keep trying. 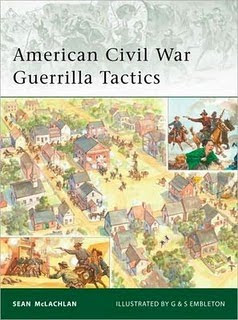 If you could go back and tell yourself anything when you first began your writing career, what would you say?
Don’t believe anything anyone tells you until you have a signed contract.


Laptop or pen and ink? What are your ‘must-haves’ when writing?
It depends on my mood and location. Mostly I work from home on my laptop, but I don’t like lugging it around with me so when I’m out at a café or something (which I do a lot to avoid cabin fever) I use pen and paper. I prefer A4 notebooks because the word count of one page of my handwriting almost exactly equals the word count of a typed manuscript page. Unlike a lot of writers I don’t need silence or isolation to work. That’s a product of learning to write in noisy, crowded newsrooms! I’m not easily distracted except by beautiful women or good music with English lyrics.

Who are your favorite authors? Who would you say influenced you the most?
Oh, there are so many to choose from! I love Jack Kerouac for sheer forward momentum. H.P. Lovecraft was an important early influence because of his elegant use of the English language. I remember being in high school reading Lovecraft with a dictionary beside me to look up works like “rugose” and “ululation”. When I was a kid I was fascinated with the wider world and got really into Victorian travel narratives. A strange thing for a teenager to read, but it sparked a deep interest that has led me to visit thirty countries.

What would your readers be surprised to learn about you?
My first dream was to be an actor. I got some professional training and made it through the first cut for an off-Broadway production when I was still in high school, but my lack of talent became ever more apparent over the years and I gave it up. One of my life goals is to star in a B horror film. 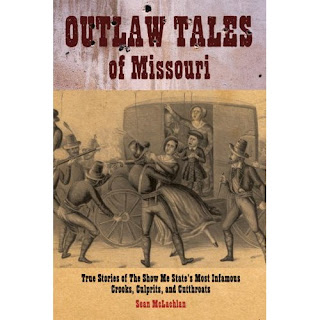 For Fun:
Mountains or Beach?
Mountains. You can’t climb a beach.

Father’s Day ritual?
Lots of time with my son!

How do you balance kids being at home 24/7 and writing time?
I didn’t balance it well at all at first, but eventually got used to it. Now that my son is in school I discipline myself to work harder while he’s gone so I can focus on him when he’s at home.

Thank you for being here today! Please tell us where we can find your books.
My books are available in all the usual places. I also have two blogs. Midlist Writer gives an honest coverage of the life of a fulltime, professional writer who has made it but not made it big. If you’re a beginning writer, read it to have your illusions shattered and replaced with something more practical. My other blog is Grizzled Old Traveler, a personal/travel blog about living in three different countries and wandering through several more.
Posted by Molly Daniels at 4:08 AM

Excellent interview, Sean! I'll be looking for your travel books.

Thanks for being with me Sean:) I'll have to check your blogs more frequently!

Thanks for having me!

Great interview. I've visited Sean's blog regularly for about a year or more, but it's good to get to know him as a person as well as a writer.
Donna V.
http://donnasbookpub.blogspot.com